John Parker and the Methodist Church
in Sampson Co., NC.

John Parker, who was born about 1725 in North Carolina, moved from Edgecombe County to Duplin County about 1757. He settled along the west side of Little Coharie Creek in the part of Duplin that became Sampson County in 1784. John Parker became a prominent landowner and planter is considered the first Methodist in Sampson County. Services were held in his house as early as 1785. In 1788, Bishop Francis Asbury of the Methodist Church preached at the Parker home on his trip through North Carolina. A "skeleton pulpit" was built for the occasion and was kept by family members for many years. John's son, Francis, became a Methodist minister and was ordained by Bishop Asbury [see document below]. William, Thomas, Sessums and Nicholas Parker, all sons of John, were "worthy and pious men" who helped establish Methodism in Sampson County.

After John's death about 1805, the old home place where services had been held for twenty years, passed to his son Luke Parker, who was considered irreligious. Luke, however, deeded two acres of land for ten shillings on October 2, 1809, for the purpose of erecting a house of worship for the Methodist Episcopal Church. In 1816, a log church was built on the property at the urging of Nicholas Parker and was known as Parker's Meeting House. In 1842, the church moved to its present location, a short distance from the original site and is known today as Andrews Chapel Methodist Church.

It is interesting to note that although John Parker was a devout Methodist, he owned a still to produce alcoholic spirits. In his will, he included a specific bequest of the "still" to his son, Luke Parker. The inventory of his estate, taken in 1806, included "1 Three gallon jug the same full of brandy" and "1 case of 14 half Gallon Bottles 7 of them full of brandy." Stills were valuable property owned by prosperous persons in early America and were commonly passed on by the owners to their wives or children in their wills. 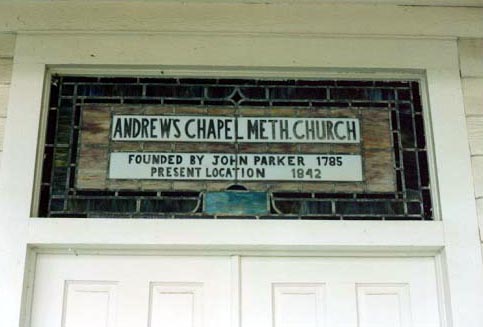 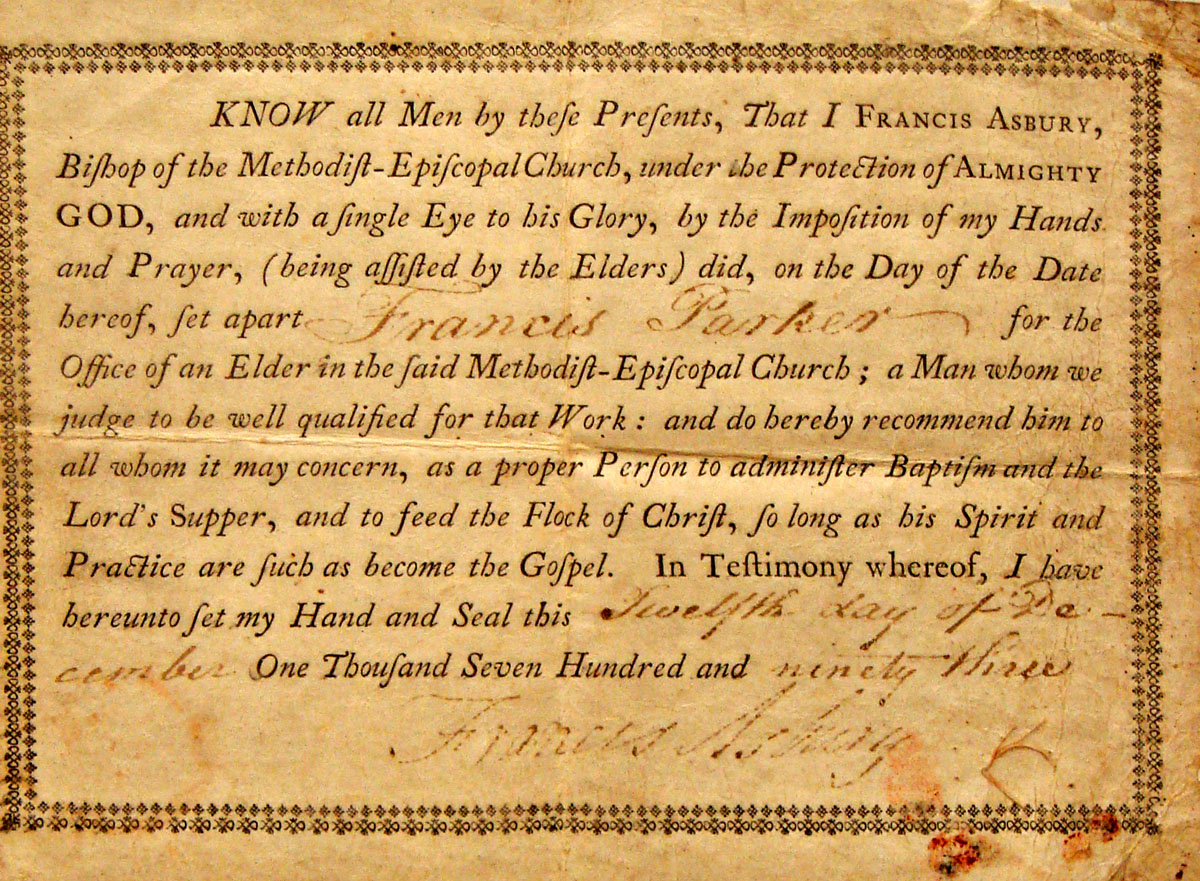